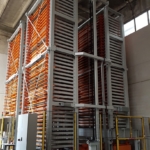 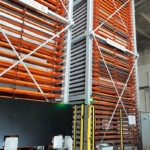 In order to better coordinate the work, a central steel plates warehouse was established at the company’s headquarters. Due to the need to organize the warehouse space, it was decided to purchase one MonoTower and two TwinTower automated storage systems.

The MonoTower has one storage column and one transport column in which the elevator moves. Its task is to collect/return shelves to the indicated level of storage. At the machine there is a crane equipped with a vacuum grip that enables the transport of sheet metal between the rack and the sheet bending press.

Two TwinTower automatic storage systems consist of a total of four storage columns and two transport columns, in which elevators move, whose task is to collect and store 139 shelves between the loading and unloading stations and locations in the storage columns. Loading of sheet packets to the rack is carried out with the use of a mobile station equipped with a hydraulic lift that allows depalletizing of sheet packets. Moving the shelves between the TwinTower shelves is done thanks to the station moving under the rear storage columns. This station is also responsible for unloading the rack. Loading and unloading stations work in automatic mode. The control of the shelves takes place with the participation of two operator panels equipped with colored touch screens. 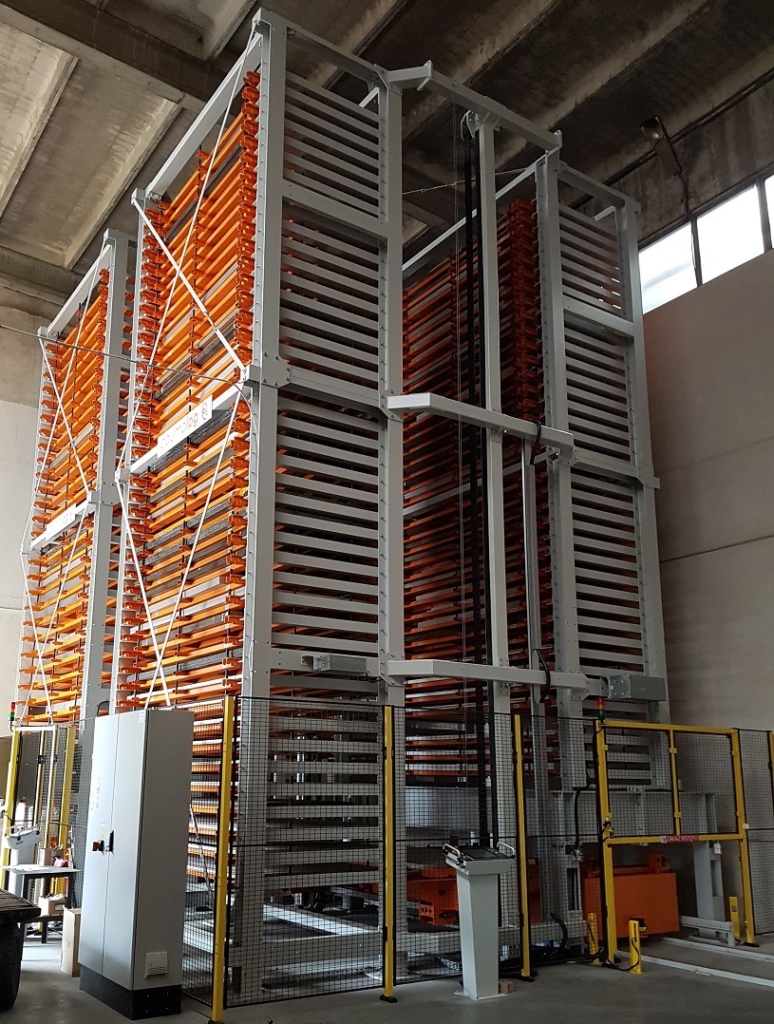 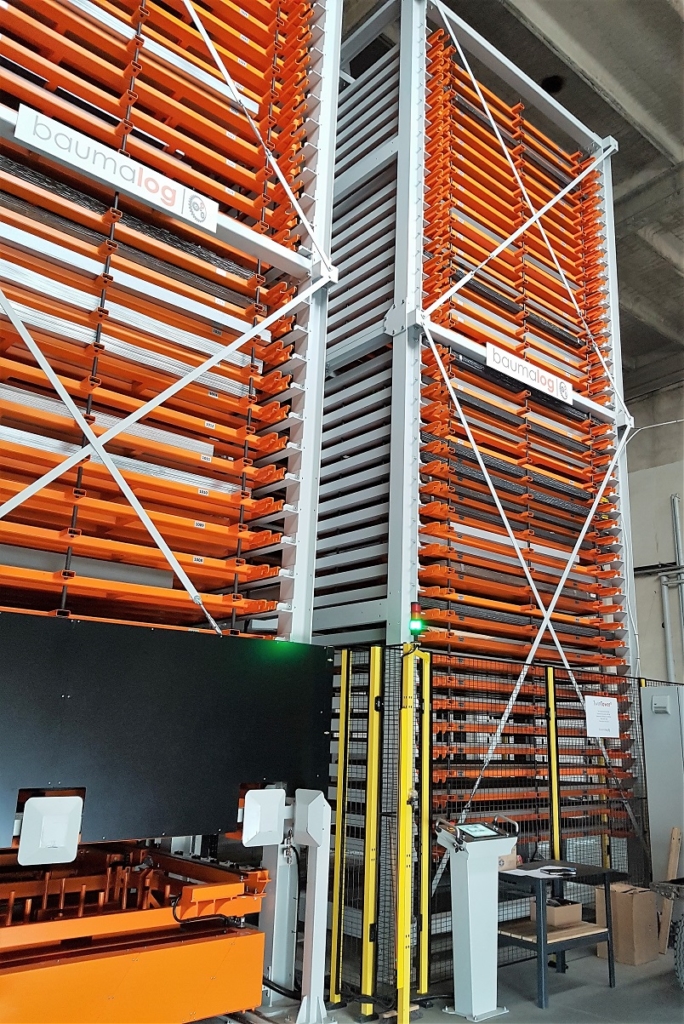